Why Rwanda is the Next Luxury Travel Hotspot

When Alissa Ruxin moved to Rwanda in 2005 with her new husband Josh, the nation’s wounds from its horrific 1994 genocide were still palpable. The couple, both public health professionals, settled in Kigali, where roads were unpaved, electricity was sporadic and everyone they encountered, it seemed, was battling unspeakable grief. Ruxin, a San Francisco native, began volunteering at an orphanage for children who had lost parents to the genocide, and in her off hours she and her husband bemoaned the shortage of quality restaurants in Rwanda’s capital city. She decided to do something about both.

She never believed, she says now, that less than a decade later Kigaliwould emerge as one of the most exciting new luxury destinations in Africa. She was just trying to build a project that would help her community and also supply hungry expats with a decent place to eat.

But the timing was right for Heaven, a dreamy open-air restaurant built into a tranquil hill and offering a small, curated menu of African fusion served by a team of young Rwandans eager for training in the hospitality sector. Ruxin opened its doors in 2008, just as Rwandan President Paul Kagame’s goals for Vision 2020, a sweeping development plan promoting efficiency, technology, infrastructure overhaul and rapid modernization, were kicking into high gear.

Change has since come swiftly to the land of a thousand hills, whose plucky capital city, long relegated to pilgrimages of grief and airport stopovers on the way to see mountain gorillas, is emerging as East Africa’s greatest success story. In Kigali, a slew of gleaming new luxury hotels, an international restaurant boom and sparkling-litter free streets are luring travellers who might otherwise have overlooked the city in favour of rural safaris. Rwanda, which was ranked as the ninth-safest nation in the world (and number one in Africa) by the World Economic Forum this year, is changing its narrative.

“Kigali is the epicentre of the land of a thousand hills and rapidly becoming the tourism and business hub for the region,” says Belise Kariza, chief tourism officer at the Rwanda Development Board. 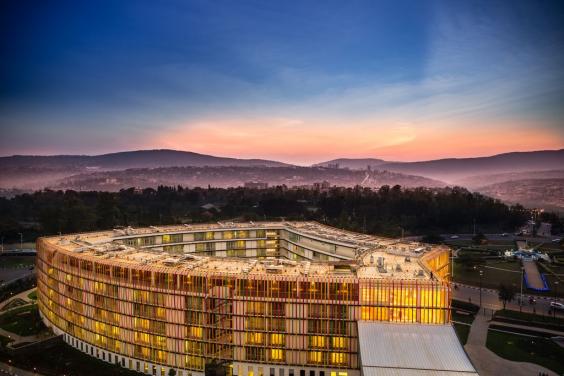 Radisson Blu launched a new Kigali complex in 2016 which consists of a 292-room luxury hotel whose exterior is lined with colourful metal ribbons, and the egg-shaped glass-and-steel Kigali Convention Center, which was unveiled just in time for the 2016 African Union Summit last July. Marriott followed suit three months later, launching its first-ever property in sub-Saharan Africa on the opposite side of the city.

The two new international brands have brought competition to a market once dominated by the Serena, a former InterContinental property that for a decade was considered Kigali’s only real luxury bolthole; and the grand Hotel des Milles Collines, made famous by the film Hotel Rwanda. The sparkling new Ubumwe Grande Hotel, which also opened just in time for the 2016 African Summit, newbie The Manor, and Swiss International’s Villa Portofino are also now in the mix. 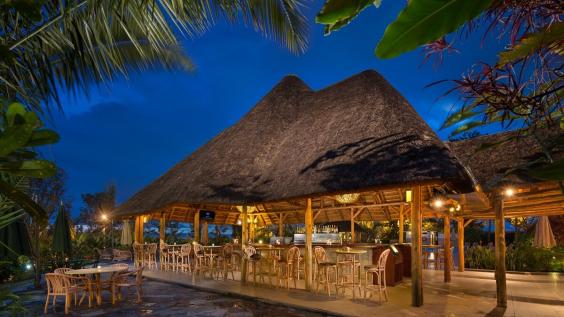 And cuisine and culture in Kigali have upped their game in tandem. At bustling nightspot Repub Lounge, locals gather on the open-air patio above the city’s twinkling lights to sip Virunga beer and feast on coconut curry fish, beef brochettes and liboke chicken in steamed banana leaves. At sleek Pili Pili, an urban lounge with a chill party vibe, it’s hard to decide what to focus on: the breathtaking view, the turquoise pool, or the solid bistro fare of pizzas, pastas and tapas, all served under pink and purple lights. Sushi lovers now have two duelling hotspots from which to source their sashimi: terrace-style Sakae and super-authentic Kiseki, while Sol E Luna and Brachetto offer top-notch Italian.

And at Heaven, which locals point to as the spark that started the movement, Ruxin says she is just getting started. 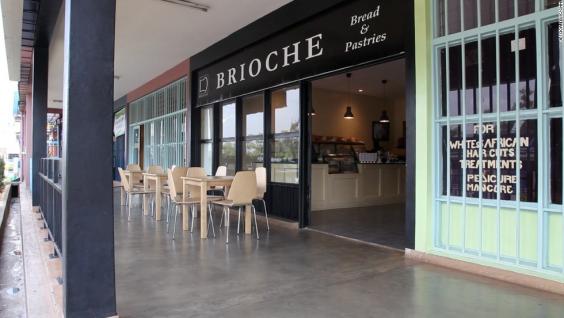 Kigali has had a slew of upmarket restaurant openings (Brioche)

Heaven Boutique Hotel, a charming 22-room lodging house with bright, eclectic rooms and soft, mosquito-net covered beds, opened adjacent to the restaurant in 2015, and this summer, Ruxin welcomed the first guests to The Retreat, an 11-room wellness-themed property offering bespoke luxury experiences on a level never before seen in Kigali.

“I think we are on the cusp of something so exciting in Rwanda,” Ruxin says, noting that the price for a permit to view Rwanda’s sought-after mountain gorillas has increased to $1,500, and the jungle lodges that house gorilla tourists routinely charge $800 a night or more. “There is a niche, there is a market; [gorilla tourists] have to fly in and out of Kigali. I want to be their first night and their last night.”